Research into the Middle and Late Chalcolithic of Cyprus

Chlorakas-Palloures (aka Vrysoudhia) is situated in the village of Chlorakas, near the town of Paphos in southwest Cyprus. The site has been surveyed and visited many times since the 1950s and measures about 4 ha in total. In more recent decades it was repeatedly surveyed by the Lemba Archaeological Project, and it was identified as an important Chalcolithic site. The identifiable ceramics from Chlorakas-Palloures date the site to the Middle Chalcolithic and Late Chalcolithic.

Chlorakas-Palloures is a site at risk. The site has already suffered substantially from agricultural development and from construction, and is likely to experience further destruction due to development in the near future. Given these threats to the site the current excavation programme was set up in consultation with the Department of Antiquities of the Republic of Cyprus.

The Chalcolithic period is a relatively neglected period in archeological studies, in which the focus has generally been on the Neolithic (emergence of farming) and the Bronze Age (emergence of urbanism and metallurgy). The Chalcolithic is often perceived of as ‘empty millennia in the middle’. However, in Cyprus the investigations of the Lemba Archaeological Project have in fact demonstrated that the Chalcolithic, between ca. 4000 and 2500 BC, is of key importance for the study of how complex societies evolved on the island. Important developments in this period include the origins of metallurgy, the rise of exchange networks in which craft products were exchanged (eg. picrolite figurines), and increasing social differentiation as indexed by variation in house sizes. These developments form the basis for the subsequent rise of metallurgy, trade, and complex societies in the Bronze Age. 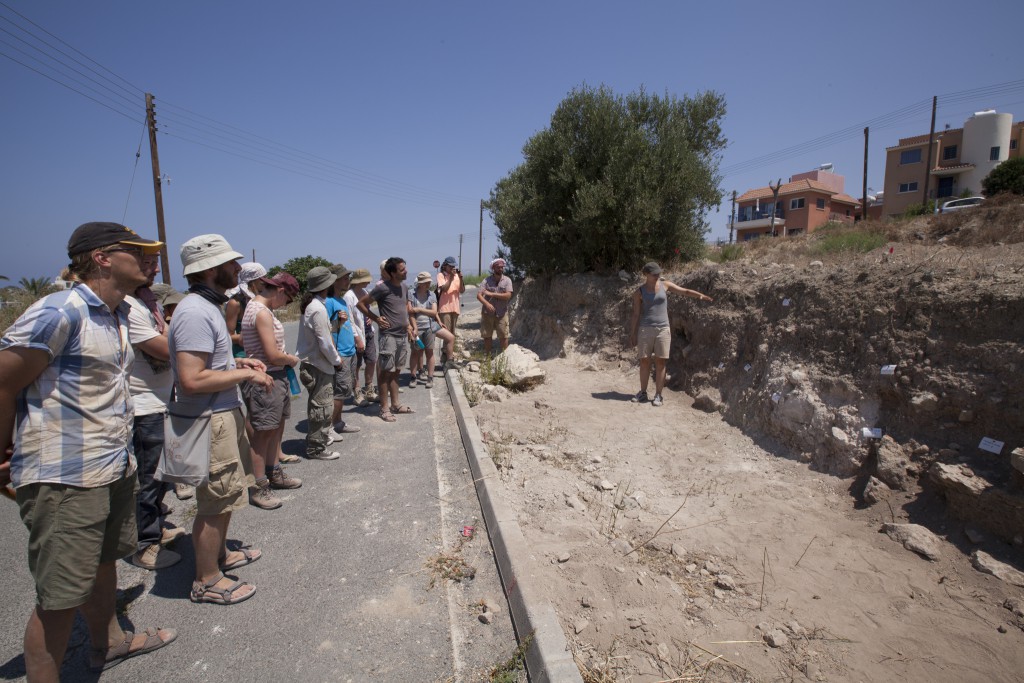 Happy Christmas from the Team of Chlorakas Palloures!For our final advent calendar present, we give you the gift of joining our excavation team next summer in Cyprus! Please send in your CV and letter of motivation by the 15th of February to Victor Klinkenberg (klinkenberg.victor@uy.ac.cy). We look forward to welcoming to you our wonderful site! ... See MoreSee Less

With only 2 days to go until Christmas, we are sharing the last of Dr Klinkenberg's findings from his presentation in Cologne about the Chalcolithic Palloures community. After sharing the 3D modelling and Harris Matrix of our potspread in building 15 yesterday, here is his more in-depth explanation...'my third point of how houses are used to express identity and status is best illustrated by the overly large buildings and by the burnt buildings we find. While building size may illustrate that there were significant inequalities in society, the burning down of buildings does not correlate with building size. In other words, the size of buildings does not determine how it was later abandoned. This may show that the inequalities expressed at the construction phase were unstable. Status had to be achieved by individuals, and were not heritable or permanent. On this photo we see a stack of pottery and other artefacts as they were left inside Building 15, our most exciting burnt building so far! All in all, it looks like that the people of Palloures shared resources with their community members, while at the same time allowing competition for status or wealth to be present in society. This is exactly what we are trying to define with more detail and nuance.' ... See MoreSee Less

Today's advent calendar is very fun, here are some screenshots of a 3D model that is being made from our big potspread that was excavated in the 2021 season. This potspread contained the sherds and pots we were working on reconstructing in the 2022 season with our pottery refitting team. As you can see, there are so many sherds all on top of eachother so the 3D model of the pottery helps us to reconstruct exactly which ceramic jar fell on top of which other one. We have just made a so-called Harris-Matrix of these ceramics, indicating their vertical position. As you can see there is some work left to do to make sense of this puzzle.... ... See MoreSee Less

Theme by Anders Noren — Up ↑